The Federation says members can have more confidence that the pay rise process will be fairer in the future.

In 2018, a Judicial Review was launched when the then Home Secretary refused to accept the
Police Remuneration Review Body’s (PRRB) recommended pay award.

Our aim from the beginning was to expose the process that had been followed and to ensure officers can have certainty that the findings of the independent PRRB will be adhered to from now on.

The recommendation was 2% in that year, with the unconsolidated payment of 1% from the previous year also to be included. 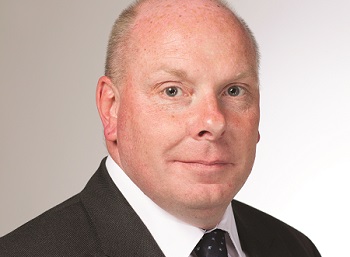 Instead, the Home Secretary chose to implement an uplift of just 2%; consequently, the Federation sought to judicially review the matter.

In March, the then Policing Minister agreed to review the Police Consultative Forum (PCF).

In addition to this, the PRRB recommendations in 2019 were accepted in full – a 2.5% pay award which came into effect on 1 September.

National Secretary of the Police Federation of England and Wales Alex Duncan said this demonstrates a behavioural change by government which we welcome, but there is still more work to be done to ensure the PCF works as it should.

He added: “The coming months will be critical for all stakeholders to work together and set a firm foundation.

“However, we believe we now have in place the necessary governance structures and systems. It seems appropriate, at this point, to demonstrate our willingness to co-operate, and embrace the opportunity this gives us.”

Whilst it did not form the core of the Judicial Review, the Federation also used the opportunity to flag to the government the process by which officers’ pay was consulted on and set was not working and - in particular - the combination of the PRRB and Police Consultative Forum did not allow officers to have a fair hearing.

We argued in the absence of full industrial rights, officers should have confidence their interests could be represented in a more meaningful and fair way.

Mr Duncan continued: “Having succeeded in our objective of effecting significant change to the PCF and in light of the welcome and apparent change in the Government’s stance, the Federation believes there is little further to gain at this point by continuing the legal route. We will, of course, keep this under review.

“We consider it an appropriate time to end the legal process and the Judicial Review. It should be remembered that had we continued to pursue a legal case to the end, this would not have resulted in the reinstatement of higher pay.

“It was the process that was being challenged, not the uplift amount. We believe we have got as much benefit out of this action to date as would have been achieved even if we won a full court hearing,” he concluded.