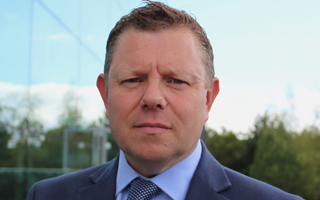 The National Chair of the Police Federation of England and Wales John Apter is to meet with the Home Secretary to discuss the knife crime epidemic sweeping the country.

Mr Apter, who represents almost 120,000 police officers from the rank of constable to chief inspector, will meet with Sajid Javid on Monday to address the devastating issue on behalf of his members.

He said: “It is vital that the voice of the police officers I represent is heard when considering how to tackle this national crisis. And I am very pleased that the Home Secretary has agreed to my request to meet.

“Frontline officers must be able to contribute to the debate to help end this surge in violence. They are the ones dealing with it day in day out and their experience and insight is invaluable.

“We know this cannot be solved overnight, or by the police alone, but we certainly need to be at the heart of any solution."

The meeting follows the Home Secretary’s summit with Police Chiefs which took place yesterday (6 March) during which they requested emergency funding to deal with the issue. Following that meeting Mr Javid pledged to “do everything he can” to ensure police have the resources they need.

However it seems he is at odds with others in Government namely the Prime Minister, who has claims there are sufficient police resources, and the Chancellor Philip Hammond who today said that the police service needs to ‘prioritise’ better rather than expect more money.

In response to Mr Hammond’s comments Mr Apter said: “Children are dying on our streets and the Chancellor has the audacity to suggest that the police need to prioritise. Let me assure him - this is a priority.

“Across England and Wales my members are the ones working flat out to prevent more young people being killed, they are often the ones on their knees in the street trying desperately to save the lives of these young victims, they are the ones who have to deliver the terrible news to families that their loved ones will never be coming home again. And they are doing it with almost 22,000 fewer colleagues than when the Conservative Government came to power.”

He continued: “It is an insult to my dedicated and hard-working colleagues, and it shows a shocking lack of awareness of what they are doing to serve and protect our communities, and how they manage their ‘priorities’ in the face of overwhelming demand.

“I urge the Prime Minister and the Chancellor to listen to us, to the public, to those whose lives have been irreparably damaged by this epidemic, and to their own Home Secretary. To fail to act now would be unforgivable."