Blog: A time for reflection 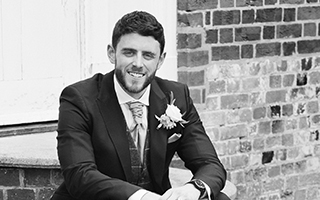 Today I had the privilege of attending the funeral of PC Andrew Harper.

I stood side by side with his family, his friends, his colleagues and other police officers from around the country as we commemorated the life of an officer taken far too soon.

I heard his friends and his wife speak so lovingly about him.

Lissie - who married Andrew just 28 days before his death - bravely faced the world at this most terrible of times and spoke so movingly about her soul-mate. Her words were so powerful, as she spoke there was complete silence from the hundreds of people who had come to pay their respects.

Today reminds all of us how dangerous our job can be. And how extraordinary police officers are.

As I left Oxford I turned on the radio to hear all about the Queen’s Speech.

I heard the reporter explain that the Government has pledged to do more to support police officers with a new Police Protections Bill.

This Bill will hopefully result in legal protection for police drivers, the introduction of a Police Covenant and will enable Special Constables to be represented by the Federation.

Three key areas we have been campaigning for. It seems, after years of being sidelined and ignored, that Law and Order is being given the attention from Government it deserves. Now that this Bill has been read as part of the Queens Speech I genuinely believe they will now become a reality, but that doesn’t mean our work is done!

It was a strange thing for me. On any other day I would have been shouting about what we have achieved from the rooftops – but not today. Today is a day for reflection and to remember.

Of course, the news of the Queen’s Speech is welcome but is just part of the work we are doing to improve things for you.

I will continue to push and scrutinise, pressure and challenge those in power to ensure that you have the best support and protections while you do your job - serving the public.

We are a family and when we lose one of our own we grieve and mourn. But we look after each other, we look out for each other and we pick ourselves up and we carry on doing the job we love.

And as your National Chair I will continue to do my absolute best for you, now and always. You deserve nothing less.

Please make sure you look out for each other, and above all, stay safe.