When an invite to the Special Constables’ National Gathering on September 18th dropped into my inbox recently, it represented a historic moment for PFEW and our entire membership. 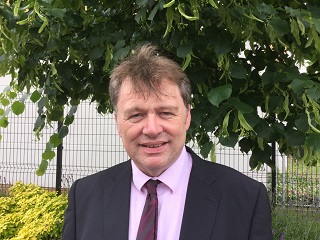 Those who know me realise I’d much rather attend any conference in person rather than virtually. However, I was especially delighted to have this opportunity to address Special Constables from across the UK online.

For many years, the Fed pushed for volunteer Specials to get the same benefits of being a Fed member as our 130,000 colleagues. This could mean Specials were represented for the first time, and had our powerful voice on their side.

The Police, Crime, Sentencing and Courts Bill 2021 is likely to permit Specials to become members, and barring unexpected parliamentary intervention this should become law early next year. Give or take a few months for Royal Assent to be granted, and we have been advised by the Home Office we could be welcoming our first Specials member around March 2022.

For those who don’t know, there are an estimated 8-10,000 specials who could be eligible for membership. This truly would be a historic moment, and one which we will be especially proud of.

At the virtual Gathering I’ve been invited alongside Ministers, partner organisations and the NPCC lead for the Special Constabulary Richard Debicki, to explain why Specials should become members. PFEW is clearly now recognised as a key stakeholder and the invite represents a huge step forward.

However, Specials won’t be treated any differently when they join PFEW. They will have parity with the existing membership, and exactly the same expert support, representation, and rights to vote and stand in elections. Nothing will be any different from any Special and an existing member.

As volunteers though, we are keen to offer as much support as we can – especially for Specials who might not earn a lot in their day jobs or are struggling financially.

We welcome the fact the NPCC are likely to adopt a scheme which could mean their ‘expenses’ for Staff Association membership would be reclaimable through Force expenses systems. Specials would then be able to recoup some of their subs – but of course, the amount they were recompensed would be entirely dependent on individual PCCs and Chief Officers.

There is so much work to be done on the behalf of Specials. Nobody has looked properly at their conditions of service, how they are treated in the workplace, their terms of reference, or their pensions, for many, many years.

PFEW’s Specials Working Group, whose new Chair is National Board member Steve Hartshorn, is already looking to challenge these issues.