Blog: I am a compulsive gambler 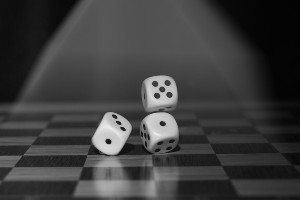 I am a dedicated police officer of 20 years and like everybody I have my faults. But there is one that is hidden and can be destructive. I am a compulsive gambler.

Last year I bet on a football game. An hour before the match I took out my last £200 from a credit card - I’d once again managed to max out another card. I’d re-mortgaged several times, had countless loans, umpteen credit cards, lost inheritances, borrowed and that’s even though I’d been in paid employment every month without fail since I was 16. And now once again, it had come to this. The team I’d bet on lost, but that bet was the best that I had placed in 30 years, because it was my last.

Debt and constant stress were something I managed to live with and were part of the addiction. I’ve tried to estimate how much money I have lost. It’s impossible to tell, but it would be more than a life changing amount if I was to get it back and would swamp any retirement sum I’ll be due in the future. But the amount a compulsive gambler loses isn’t comparable to what they earn; it’s relative to what they have at their disposal. They will eventually bet until there is nothing left. And that’s when the real problems start, because, there is always a way to finance a bet; borrowing from others, selling personal items, loans, credit cards, remortgaging, blowing inheritances. I’ve done all of these and some multiple times.

So, I am convinced that I am not alone and that other officers have also found it a struggle to get the help and advice required due to the restrictions caused by the “job”. Police officers are so at risk of this addiction. For all sorts of reasons it can be an extremely stressful employment, but it can also be quite isolated with supervision of whatever rank not actually being aware there is a problem. Or them being aware of the situation but not knowing how to deal with it, finding it difficult to understand or relate to the issue at hand.

After many half-hearted attempts to quit gambling, I eventually came to a point where I had to stop. I didn’t know where else to turn because I did not want my issue becoming common knowledge. My help eventually came from Gamblers Anonymous.

Gambling addiction is a serious mental health problem, which affects millions of men, women and children throughout the world. I’m fortunate to have finally realised my problem before I self-destructed. It can be a silent assassin because few people will ever know that a compulsive gambler is a compulsive gambler until the cracks or problems start to appear. Least of all themselves.