Renaming Leicestershire Constabulary would be a complete waste of resources 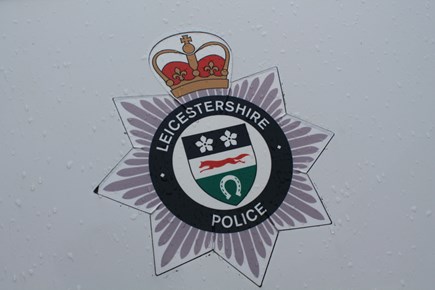 Renaming Leicestershire Constabulary would be a complete waste of resources

Renaming Leicestershire Police would be a complete waste of resources at a time when the force needs Cops, Tasers and other equipment, the Police Federation has said.

Adam Commons, Leicestershire Police Federation Chair, said he was angry that the idea was even being discussed at a time when there are so many more important priorities for the force.

However, Adam said the idea was "a nonsense” - and that any money that was earmarked for this name change should be spent on the front line where members of the public would benefit.

He said: “You can’t cut 100 cops and then start talking about spending hundreds of thousands of pounds on a rebrand.”

Mr Matthews was criticised last week after refusing to follow his predecessor’s plans to increase officer numbers to 2,342 by 2023. Mr Matthews said he would not increase the number of officers beyond 2,242.

Cash would need to be spent on vehicle livery, paperwork, uniform, leaflets and signage if the name was changed to Leicestershire and Rutland Constabulary, Adam said.

“It would be an enormous operation to rebrand the force, and from my point of view, it is a nonsense,” said Adam.

“If you’re going to cut numbers for officers, we are not going to be spending money on changing a name. Because we are going to have to spend money. It is not going to be free. Signs don’t just fall off buildings and need replacing.

“Why do we need to do this? I don’t understand it. With everything that is going on in our world - the pandemic, officers getting injured, everyone worried about the increasing cost of living - this is so unimportant. The name cannot be a priority.

“If we have got money to spend, it needs to go on equipment, training, vehicles, Taser capacity. If you were to ask the public, they would want us engaging with the communities, driving down knife crime, violent crime. It has made me angry. In the list of priorities in the policing world, I am just astounded that this has been suggested.”