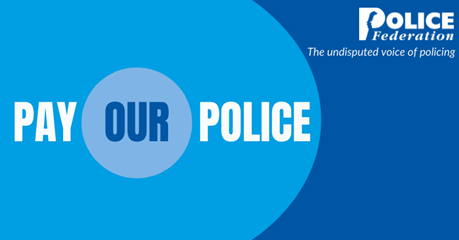 Police Officer pay now needs a huge hike as it has dramatically fallen 20% behind the cost of living over the past decade +.

Adam Commons, Chair of Leicestershire Police Federation, said: “Since 2010 the Government have treated the police as a scapegoat for their austerity plans and now the Covid recovery financial issues.

“We have just come out of generational anomaly with a worldwide health pandemic. Thousands of lives have been lost, and through it all the police carried on, business as usual, going into people’s homes, making arrests, colleagues risking their health to protect their communities.

“We need to change the language and stop referring to any increase as a “pay award”. That language looks wrong and like we are asking to be rewarded. We are not. What we need is a fair cost of living increase, the likes of which we have not seen through the last 12 years.

“Fuel costs are rocketing. My council tax has gone up over £40 per month since 2010, utility bills have climbed and we now have an energy price cap problem, where some of my colleagues are telling me their gas and electric bills have hit £500 per month. You cannot sustain those increases on a wage that has remained mainly stagnant.

“The Government believe that policing is still an attractive vocation because of the number of applicants we have historically had and it proves that the money doesn’t matter. But that does not tell the full story and we are starting to see with attrition rates and details in the pay and morale survey that large numbers of officers are leaving the job soon after starting and 42% of my colleagues in Leicestershire are worrying about money every day.”

Adam added: “In the late 70’s there was a recruitment crisis in policing and pay had to be uplifted dramatically to entice people to apply. We do a dangerous job, assaults on my colleagues are going up every year and they should be paid a fair wage taking into account of the dangers they face.

“We will only get fairness in our pay if we have a fair mechanism for deciding what our uplift should be. The Federation stepped away from the PRRB because they are not independent.

“When they do make an award the Home Secretary can ignore it, and recently the Government have gone as far as telling them what their parameters should be. And yet the same politicians have IPSA who are so independent that no one can overrule them and since they were formed in 2010 have increased MP’s wages by £19,000 in the same 12 year period. There always seems to be a pot of money for them.

“We need a fair and sustained increase in pay to recognise the danger my colleagues face every day and the sacrifices they make to police our communities. If the Government doesn’t act soon we will continue to lose good people, but at a higher rate as policing spirals further into crisis.”