Pay and Morale Survey: 92% of Leicestershire Police officers do not feel respected by the Government 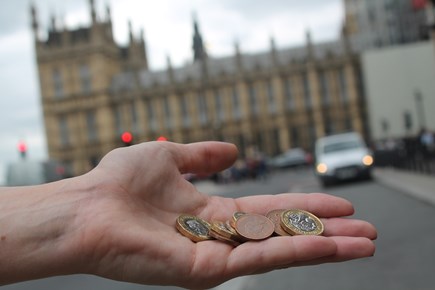 Pay and Morale Survey: 92% of Leicestershire Police officers do not feel respected by the Government

A huge 92% of Leicestershire Police officers say they do not currently feel respected by the Government with 42% worrying about their finances every day.

The negative impact of the Government’s treatment towards police officers and police pay is clear from the survey – 68% of respondents from Leicestershire Police felt that morale within the Leicestershire is currently low.

And 65% of respondents from Leicestershire Police said that over the last 12 months, their workload has been too high or much too high.

So it comes as no surprise that 76% of the 784 respondents from Leicestershire Police said that they are dissatisfied with their overall remuneration.

Meanwhile 54% of officers who responded said they would not recommend joining the police to others and 8% of respondents from Leicestershire Police said they had an intention to leave the police service either within the next 2 years or as soon as possible.

Adam Commons, Leicestershire Police Federation Chair, said: “Unfortunately, the survey results are not a surprise. My colleagues are broken and feel undervalued by a Government who have been cutting their pay since 2010. We are in a cost-of-living crisis with inflation and bills going through the roof and I’m not surprised my colleagues are stressed about money.

“This isn’t just about money though. For the last 2 years they have been on the frontline of a pandemic, putting themselves in harm’s way to continue protecting our communities while the Government flip flopped with their legislation changes and last-minute decisions. On one hand our ministers will give sound bite interviews praising the work the police have done, and in the next breath they will criticise the whole police service, enabled by the mainstream media, to pile on when there is an anti-police story they want to run to further their agenda of creating distrust with the public. The constant criticism hurts. My colleagues put their lives on the line every day, and after a while you start to question if it’s worth feeling this low, and they start to look for employment elsewhere.

“The last week has proven again that there is no room for politics in policing. Take personal agendas and political maneuvering out of the equation and get back to the basics of helping us preserve and improve the best policing service in the world. Let’s start with the creation of a fair pay and review body, completely independent of interference and see where we go from there.”