"Why aren't offenders who assault police officers being sent to jail... it's not part of the job" 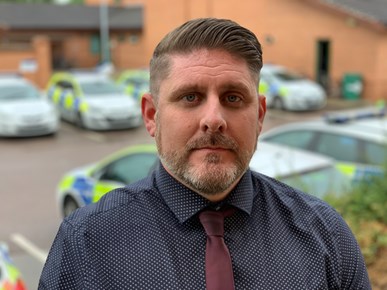 "Why aren't offenders who assault police officers being sent to jail... it's not part of the job"

“Being assaulted is not part of the job” and jail sentences should be given to those who assault police officers, the Chair of Leicestershire Police Federation has said.

Leicestershire Police Federation Chair Adam Commons was speaking after it emerged there has been a staggering 19% rise in the number of assaults on emergency workers.

According to figures released by the National Police Chiefs’ Council, the rise has been driven by an increase in common assault – including suspects spitting on officers while claiming to be infected with COVID-19.

Adam said that he didn’t understand why the courts weren’t sending offenders to jail, even though the Government had backed tougher sentences.

He said: “It’s been clear in the past year that there has been a huge increase in officers being spat at or ‘COVID coughed’ on. The assaults keep happening, but the sentencing never seems to change.

“I’ve seen examples recently from my colleagues who have been threatened with weapons, and left with lasting injuries that require significant treatment. The common theme is that when these cases go to court, not one of them has resulted in a custodial sentence.

“The courts have the powers to issue custodial sentences for assaulting emergency workers, and we have more than enough evidence to show they are not doing it, so the question is why? The Government backed the change in sentencing. Clearly the next step will be reviewing the sentencing data, because being assaulted is not part of the job.”

He said: “As we’ve seen throughout the pandemic, there continues to be a concerning rise in assaults against emergency service workers. This is unacceptable.

“We will use the full force of the law to prosecute anyone who uses violence against those who are on the front line.

“Officers and staff are out in communities, working in challenging circumstances, and I am grateful for their continued hard work.”