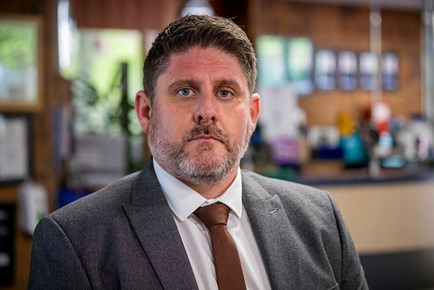 But the report has been slated by a uniformed voice in policing, with The National Police Federation of England and Wales dismissed the review as “statistically insignificant”.

It stated: “This report makes recommendations on 101 IOPC investigations into Taser use in a five-year timescale. However, there were almost 100,000 recorded Taser usages in this period, so it is statistically insignificant.”

And police chiefs said the report by the IOPC is “vague, lacks detail, does not have a substantive evidence base.”

Adam said: “I’m still struggling to understand the IOPC Taser report and why their Director General Michael Lockwood thought it was acceptable to sign it off and release it into the public domain. It is flawed from beginning to end and is more like an opinion piece from people who do not like the police having access to Taser.

“I’m still trained to use it, and I’ll sign one out when I go on patrol this weekend because I’ve seen the benefit time and time again. I always stress when we talk about it that a “use” of Taser can be as little as taking it out of its holster, because sometimes that is all you need to do. The IOPC have also criticised Taser being “used” on children.

“Maybe they should have cast their net further and reviewed more than just 0.1% of the cases over the last 5 years. They would have seen the reality – you cannot in the heat of an incident where the safety of the subject, public or police officers is at risk stop to try and assess the age of the individual.

“Anyone that believes Taser is needed to diffuse a situation will be assessing everything around them – threat levels, weapons, location, people present, build, size the list goes on, and those assessments are being made in split seconds utilising the high level of training that is required to carry Taser – training that the IOPC did not attend but then questioned?

“It was key that the NPCC commented on the report and the blog by CC Lucy D’Orsi was spot on. Information was made available to the IOPC which they declined to use, but sadly as is the case these days, the media did not pick up on the robust response from the NPCC or the Federation and instead chose to lead their headlines with the very pieces of information that were so factually incorrect in the report.

“I will always be a supporter of Taser. I’ve seen it bring so many incidents to a safe conclusion that I’ve lost count and I will always want any of my colleagues to have the opportunity to carry it if they choose and can pass the training.

“It is not just a piece of equipment for keeping my colleagues safe, but the public as well, and anything we have access to that enables us to do that is a good thing.”