Sentencing Guidelines: "I have said time and again that the Courts have a huge part to play by utilising their powers on those who assault my colleagues and other emergency service workers." 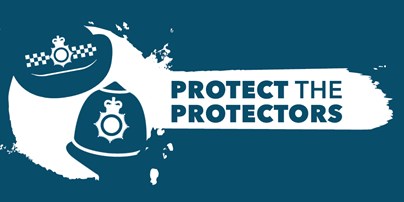 Sentencing Guidelines: "I have said time and again that the Courts have a huge part to play by utilising their powers on those who assault my colleagues and other emergency service workers."

The Government has pledged to increase the maximum sentence from 12 months to two years for assaults on emergency workers through the Police, Crime, Sentencing and Courts Bill, which is currently at the committee stage in Parliament.

Adam Commons, Chairman of Leicestershire Police Federation, said: "I welcome the revisions announced today in the sentencing guidelines. I have said time and again that the Courts have a huge part to play by utilising their powers on those who assault my colleagues and other emergency service workers.

“This new guidance reflects on some of the threats my colleagues are facing by making specific reference to offences such as deliberate spitting and coughing being in the guidance for common assault and ABH, and the intention to cause serious harm including disease transmission.

“Let’s hope that these revisions are now put to use and that offenders realise there are consequences to their actions.”