Public sector pay freeze lifted: “Now is the time for the Government to recognise the outstanding work of my colleagues" 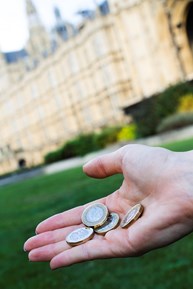 Public sector pay freeze lifted: “Now is the time for the Government to recognise the outstanding work of my colleagues"

“Now is the time for the Government to recognise the outstanding work my colleagues continue to do every single day protecting our communities.”

Police officers are set to see their pay rise once again next year after the Government confirmed the public sector pay freeze is being lifted.

Chancellor Rishi Sunak will use his Budget on Wednesday to say police officers, nurses, teachers and members of the armed forces are among those set to benefit.

A "temporary pause" in salary progression was introduced by the Government last November as a response to the pandemic – it saw police officers in England and Wales receive a 0% pay rise in 2021.

In an announcement late on Monday, the Treasury said the chancellor would use his forthcoming Budget to say "the solid economic recovery and encouraging signs in the labour market" mean the "pay pause" can be lifted.

Adam Commons, Chair of Leicestershire Police Federation, said “While this is welcome news, I know this Government has a tendency to change its mind so I won’t believe anything until I see an announcement next summer.

“My colleagues have taken the brunt of the Government’s austerity and balancing of the books since 2010 and it just cannot continue. We are at the beginning of a cost of living crisis with fuel at record high prices, gas and electric rates climbing, inflation at 4% and it’s likely the Bank of England will start to raise interest rates to try and combat inflation.

“Police officers did not get a pay increase in 2021 and along with the previous 10 years of being largely ignored we cannot take much more. We have a busy few months ahead of us as we try to ensure that the pay mechanism for police is a fair one. We pulled out of the PRRB as they are not fit for purpose and certainly not an independent body as they proved this year when they did exactly what the Government asked of them.

“Now is the time for the Government to recognise the outstanding work my colleagues continue to do every single day protecting our communities. They flatter to deceive when it comes to policing and this would be a step in the right direction of building some bridges.”

In a statement given to the media on Monday night, Mr Sunak said: "The economic impact and uncertainty of the virus meant we had to take the difficult decision to pause public sector pay.

"Along with our plan for jobs, this action helped us protect livelihoods at the height of the pandemic.

"And now, with the economy firmly back on track, it's right that nurses, teachers and all the other public sector workers who played their part during the pandemic see their wages rise."

Ministers will be "running a full pay round and the awards will be announced next year once government responds to the pay review bodies' recommendations", the Treasury added.

It was announced last week that all Scottish Police officers will receive a £700 pay rise in 2021, alongside a £250 working the pandemic bonus.