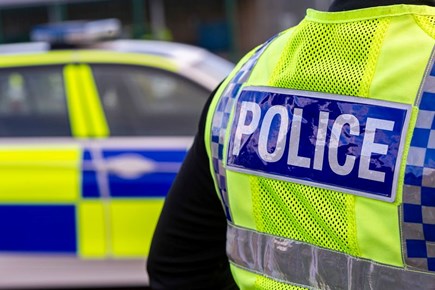 The first national Response Policing Wellbeing & Resilience ‘Week of Action’ runs from Monday 15 March to Monday 22 March with the aim of recognising the role and work of response police officers.

“This week sees us celebrate response policing and reminds us how important their role is for the police to function.

“We should celebrate all areas of our workforce, but “Response” on its own often gets overlooked.

“We rightly praise the jobs that end with custodial sentences, removing those people from the street who would cause the most harm. But invariably those incidents start with a response officer attending the initial incident, utilising their skills to harvest as much evidence as possible during that golden first hour. But rarely are they mentioned in the final write up when the congratulations are handed out.

“Is there anything wrong with someone wanting to be a career response officer? Absolutely not!

“It is still the most varied role there is, every day is different. You can start the day travelling on blue lights to an emergency, next is talking to a vulnerable victim of crime before finishing the day at a traffic collision. Every one of those incidents needs a different skill set, empathy, communication.

“In Leicestershire we have seen a huge recruitment drive that will continue this year, and it’s so important that our skilled response officers are in place to pass on their experience to these new officers. In the past response has been seen as the steppingstone into other roles without the investment in kit that other departments have.

“I’m so pleased that is not the case in Leicestershire.

“The Force have invested in technology to make the job better. Twenty years ago when I joined we used to joke that one day we would all have our own computer. Well now we do. And a phone to tether it to, digital pocket book, a vehicle fleet being enhanced and improved to include cars with ANPR technology, fingerprint scanners that plug into the phones, the list is growing.

“This week the Force have plans in place to celebrate the role and to provide some help and tips around well-being, sleep, healthy eating and so much more. It is important that we raise the profile of the role and the skills and experience needed to perform it.”