Leicestershire Police Federation Chair: "Figures showing the number of officers injured across the Country as a result of being assaulted are more than worrying" 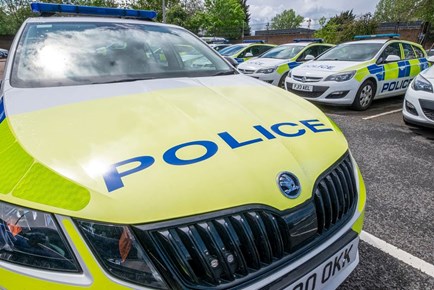 Leicestershire Police Federation Chair: "Figures showing the number of officers injured across the Country as a result of being assaulted are more than worrying"

Government statistics – published this month - show in the last financial year 22,421 police officers were injured through 'an intentional or unintentional assault' while keeping the public safe.

On 391,202 occasions, police officers needed to use force to protect themselves.

Adam Commons, Chair of Leicestershire Police Federation, said: “The latest figures showing the number of officers injured across the Country as a result of being assaulted are more than worrying.

“Our job is becoming more and more dangerous as people clearly don’t think twice at lashing out at my brave colleagues who are only trying to help. We have the sentencing structures in place for these individuals to be suitably punished by the Courts and yet time and again I see people walking away with a suspended sentence and little to no compensation ever paid to their victims.

“The Covid pandemic seems to have given the Courts the excuse to rush through their backlog of trials, and on occasions not even tell the victim that their case is being heard, let alone what the result is. This must stop.

“There is no excuse for that, pandemic or not. No victim of crime, police officer or public, should be treated in this way and yet I see examples every week – I’ve even had officers see the result of their court case in the newspapers before anyone else speaks to them.

“If the Courts start to utilise their sentencing powers then I believe we would soon see a change in society if criminality was actually punished with a custodial sentence.

“But something that is also a huge deterrent to those who might consider assaulting my colleagues is the use of Taser. I have always said that I want everyone who wants to carry it, and can pass the course, to be able to do so. We wear them overtly; people see them and it makes them think twice. They have become an invaluable piece of equipment, just listen to some of the examples at the 2021 Bravery Awards of officers who brought resolution to incidents by using it.

“Of course the wider rollout of Taser could put a financial strain on some forces and given the Government’s announcement on funding this week you’d think we are all flush with cash as they are putting “billions” into Policing. It’s all semantics, the figures they released today start at 2015 – because to be honest and show the years 2010-2015 would show the amount they slashed from budgets.

“These new “increases” are only taking us to a level we should have been at years ago to enable us to effectively police a growing population.”