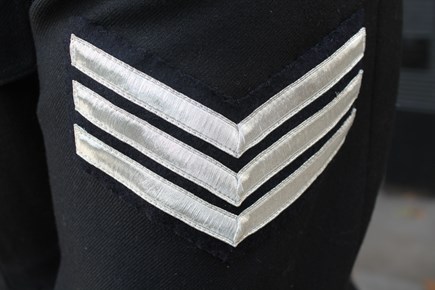 The influx of thousands of new police officers has left serving Sergeants with greater workloads, demands and more stress at work, a new report has found.

The Police Federation of England and Wales report, “The Demand Capacity & Welfare Survey 2020 - The Officer Uplift and Sergeant Impacts”, found that more than half of sergeants felt they had insufficient time and resources to support new Constables.

Under the Government’s “Uplift” programme, 20,000 new police officers are to be recruited by March 2023, taking the service back to the numbers of officers it had a decade ago.

This recruitment drive will see many Sergeants having more inexperienced PCs to supervise than ever before, with more than 6,600 officers recruited as part of that 20,000 over the past year.

The new PFEW research lays bare the impact of this flood of rookie recruits.

Adam Commons, Chairman of Leicestershire Police Federation, said: “It’s been a long time since we have seen the level of recruitment currently happening across the Police, and of course it is long overdue after years of Government austerity and cuts.

“This new recruitment is very welcome, but it also gives us the nice problem of needing more Sergeants to supervise the new recruits.

“Whatever your role - whether it be response, CID or beat team - being a Sergeant is a huge responsibility and having larger teams to look after increases the demand on their time (especially through a health pandemic) looking at leave requests, welfare issues, reviewing and filing investigations, running incidents as they happen in real time, PDR reviews, checking Court files and that is barely scratching the surface.”

He added: “I’m really pleased that in Leicestershire the challenges of supporting our Sergeants and increasing their numbers is being met. We have seen last year an uplift in the number of promoted Sergeants and there is another process being ran imminently.

“I’ve also had a preview of the new plans for accessing new learning and course materials through Sharepoint which will be another huge benefit when it goes live - and it is something that can be built on over time and almost be interactive.”

32% of Sergeant respondents to the PFEW research are concerned they will be overseeing a high number of inexperienced recruits.

54% said it was unlikely or extremely unlikely that they will have enough time and resources to manage this increase in their shift management responsibilities.