"Enough is enough...lengthy IOPC investigations are causing irreparable damage to my colleagues" 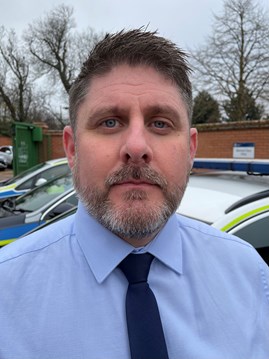 "Enough is enough...lengthy IOPC investigations are causing irreparable damage to my colleagues"

Incompetence from The Independent Office for Police Conduct – the body in charge of investigating the actions of police officers – is causing irreparable damage to the health and wellbeing of the country’s cops, Leicestershire Police Federation has said.

MPs on the Home Affairs Select Committee were told in an evidence session today that the much maligned watchdog needs a culture change, where it stops treating the country’s police officers as guilty unless they can prove their innocence.

Parliament heard the organisation has major issues with timeliness, accountability and quality of investigations. With one case of officers being under investigation for seven years being raised.

“Enough is enough,” said Adam Commons, Chairman of Leicestershire Police Federation. “Lengthy, and often unnecessary, investigations led by the IOPC can cause irreparable damage to the health and wellbeing of my colleagues and also their families.

“If we as the police were to spend years on criminal investigations, we would be slaughtered by the media. And yet I don’t see these lengthy investigations into police officers by the IOPC on the front pages. Why? Probably because, as is often the case, these cases conclude with the officers being cleared of doing anything wrong, so it is not deemed newsworthy.

“Meanwhile the root cause of the problem – the IOPC – are allowed to continue in a circle of incompetence.”

Adam said that his colleagues’ “hearts sink” whenever the IOPC get involved in investigations, as they often “become a protracted mess”.

He added: “Why do we see cases that our highly trained Professional Standards investigators believe require no further action, and yet the IOPC believe them to be wrong and spend inordinate amounts of time and money flexing their muscles to try to prove it?”

Adam said there needed to be an independent body that offered transparency to the public, “but it needs to be one trained and equipped to do the job”.

He continued: “All too often I see their investigators basing their case on what policy and procedure says, and trying to fit their narrative around it, because they do not understand the reality of policing.

“A name change [from the IPCC] does not mask what lurks beneath, and it is time they put their house in order or it is done for them.”