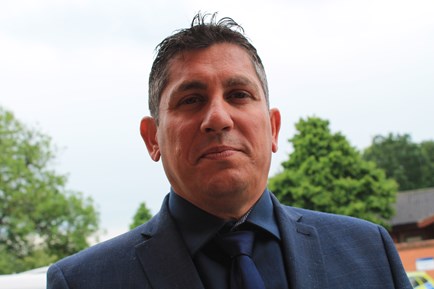 “It’s wrong for the media to discredit the police service by using headlines like ‘failing’.”

Dave Stokes, Chair of Leicestershire Police Federation, reacts to HMIC report “Noticeable differences between police and the service they provide” which has led to headlines this morning such as “Failing police 'rumbled' by weary public” and “Crimes not reported' as public lose confidence in police”.

Dave said: “How to twist the real story. Police leaders and the police Federation have been transparent with the public, and have highlighted concerns pertaining to the consequences of public sector cutbacks.

“It’s wrong for the media to discredit the police service by using headlines like ‘failing’.

“Yes, police forces throughout the country have struggled with competing demands, but this is because of cutbacks, meaning reduced police officers and police staff.

“Certainly in my force, I believe we have a strong relationship with the public, because of engagement and partnership working.

“The public know why all public services have had difficulties since 2010. It’s not because public sector employees are any less committed, it’s really simple: there are is just a lot less off us.”