The Police Federation of England & Wales has launched a compensation claim against the Government on behalf of members who were victims of discrimination and suffered any ‘injury to feeling’ as a result of the changes to members’ pensions by the introduction of the 2015 scheme. Please note the deadline for the Police Federation of England & Wales’ pension compensation claim has now closed. PFEW are now in the process of contacting all claimants informing them whether they are eligible to progress with a claim or not. FAQs on eligibility can be found here.

The claim is being handled on PFEW’s behalf by the leading UK and international law firm Penningtons Manches Cooper.

All internal and external queries on this subject should be directed to the PFEW pensions team and not Penningtons.

Find out more about the differences in the pension schemes here. 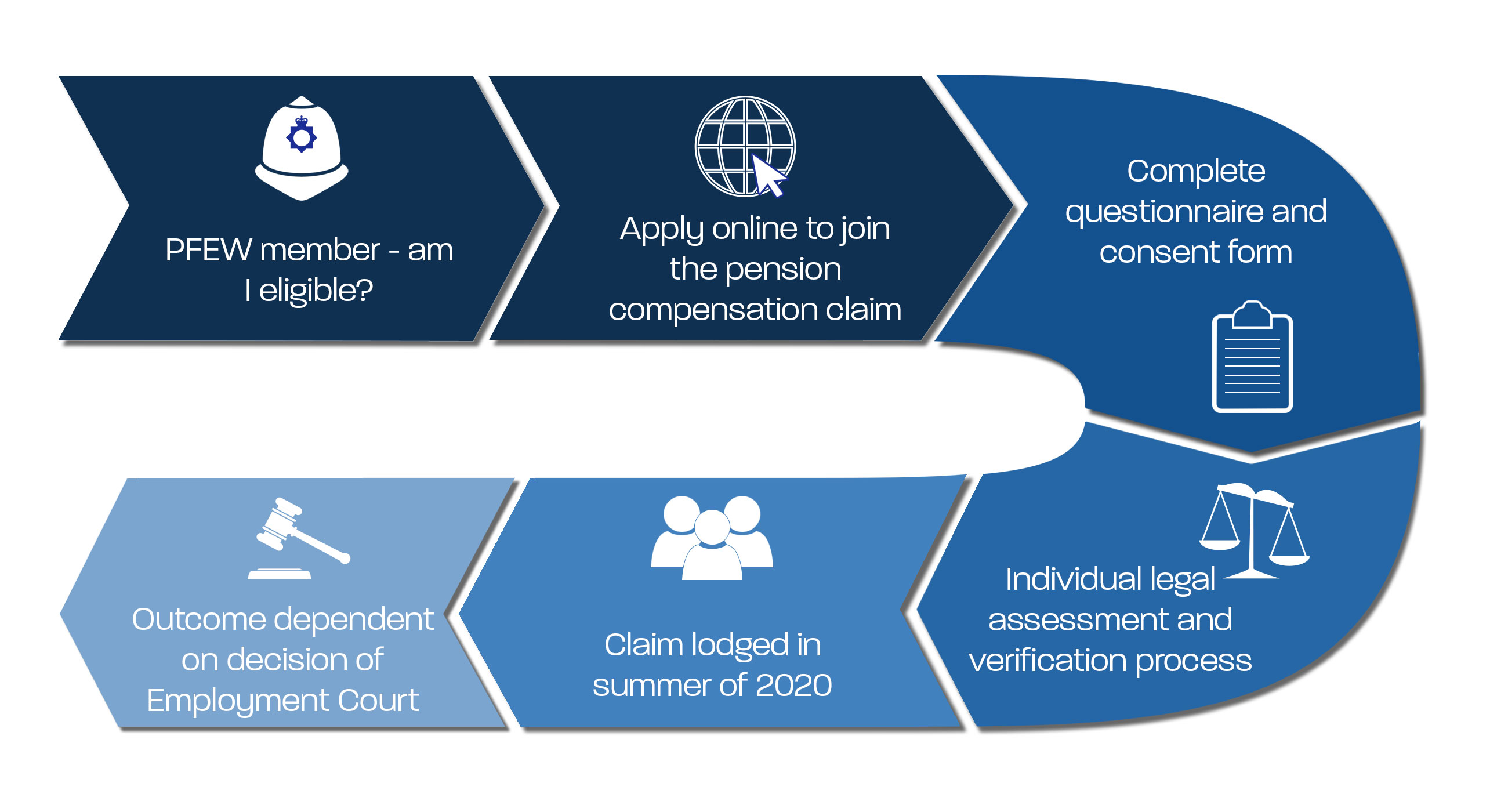