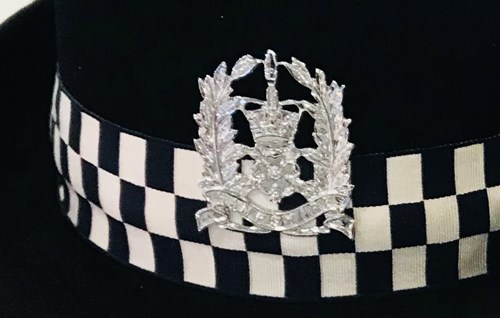 84% of Hampshire Police officers who responded to the Police Federation of England and Wales Pay and Morale survey are dissatisfied with their pay – and over half of officers said they have low morale.

More than three quarters (80%) of those who responded said they felt morale within the force is low or very low. 58% said their own morale is low, a 3% increase on 2018 figures.

“The real area that officers in Hampshire are struggling with is finances. It’s a significant issue,” said Alex.

“A lot of that is about how much it costs to live in Hampshire, and we don’t have any pay mechanism that recognises that. We’ve got a £1,000 South East Regional Allowance which hasn’t been changed since 2001 when it was introduced.

“We’ve worked with the Chief Officer group and it’s now with the Police and Crime Comissioner for a decision around index linking the allowance, so there will be at least a cost of living increase.

“It’s worth about £600. We think there should be an uplift to recognise that and then in the future it should be index linked - we are working regionally to try and influence the NPCC (National Police Chiefs Council) about their pay review to recognise the South East Regional Allowance as a cost of living increase. It costs a lot to live in the South East and it should recognise it the same as London weighting.”

192 responses were received from Hampshire Police, representing a response rate of around 7%. Other results included that 62% of respondents said that they would not recommend joining the police to others.

And 11% said they had an intention to leave the police service either within the next 2 years or as soon as possible.

“A lot of officers constantly worry about money. We’ve had people say that without overtime they would struggle to meet their monthly costs. The trouble is, in an ideal world, we want officers when they’re on their days off to be off resting. But if they’ve got to come and work, that’s more stress, more and more,” Alex added.

“It becomes a self-fulfilling prophecy that you’re so stressed you come to work more; you get more stressed. You have to do it in order to get money. It’s a real challenge for our officers.

“Hampshire is an expensive place to live and where we as a force have reduced police stations, we’ve gone to hubs with investigations and most of our officers live on the M27 corridor in the south of the county, so they’ve got to drive further. That’s more financial cost. It is just really difficult for them.”

The PCC is supportive of the issues, Alex added.

“He is supportive of the bid we’ve put in. I would say it needs to be prioritised against other things, when the budget comes in, we’ll have to see if there are other affordable things. If there are other items that come up it might get knocked out on an affordability basis.