The Outstanding Contribution to Women in Policing Award, which was launched by the Police Federation of England and Wales (PFEW) in 2015, is designed to recognise a current, or recently retired officer who has gone above and beyond their job, while on duty.  The first ever Women in Policing Award was presented to the families of Fiona Bone and Nicola Hughes, the two Greater Manchester Police officers killed in a gun and grenade attack in 2012.

2022 marked the eighth annual Outstanding Contribution to Women in Policing Award. The winner was announced at the PFEW Annual Conference 17-18 May at Manchester Central. 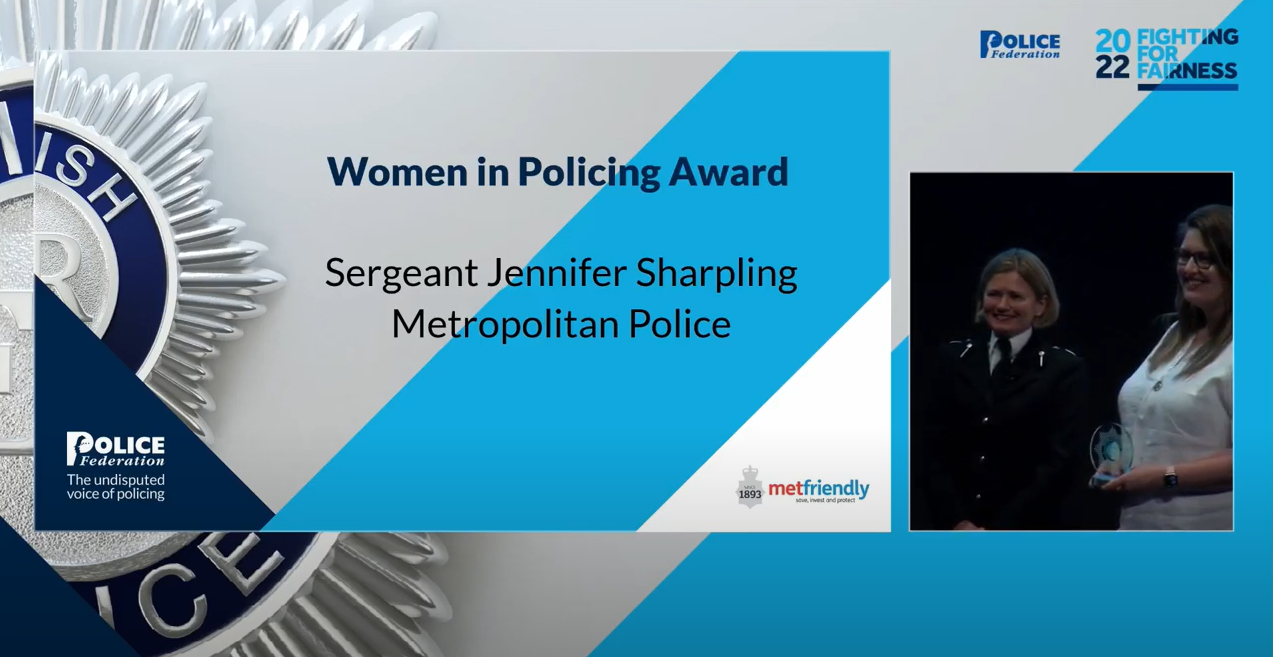 This year's Outstanding Contribution to Women in Policing Award sponsored by Metfriendly has been presented to a pioneer for perinatal mental health. Sergeant Jennifer Sharpling of the Metropolitan Police Service was awarded the accolade at the PFEW Annual Conference in Manchester.

Jennifer balances her busy policing career alongside being a mum of four, while devoting much of her time to maternity issues in the workplace. Jennifer is incredibly passionate about looking after the welfare of police officers and staff. Jennifer said: "After suffering from significant maternal mental health issues following the birth of my first child in 2016, I found that there was no specific support for police officers and staff anywhere for these conditions. I now lead a national team of officers from across the country and we are currently writing a national policy as part of a larger document, which will be sent to all forces with information on how best to support their staff."