PFEW’s Roads Policing Conference has always been a popular event within the policing calendar. It provides a valuable opportunity to not only share the experiences of roads policing officers and discuss best practice, but also to steer the direction of roads policing for many years to come.

Sponsored by Accenture, this years’ Virtual Roads Policing Conference took place on 29 September 2021 and reached an audience wider than ever before.

Designated a CPD certified event for the first time, the theme of this year’s Conference was Accelerating Change.

During the pandemic, Roads Policing has come under unparalleled stress, and the Conference brought together practitioners, policy decision-makers and key policing stakeholders to plot a way forward for roads policing.

Facilitated by radio presenter Ian Collins, the event included a unique live operation which was conducted by the Surrey and Sussex Roads Policing Units. 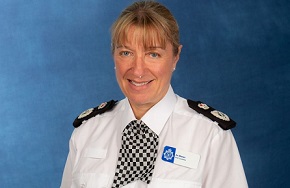 Scott Martin, Fatal Enquiry Officer within North Wales RPU was named the winner of PFEW’s Outstanding Contribution to Roads Policing Award for his work in setting up a dedicated Special Constable Road Safety Unit within the force.

The event attracted headline sponsorship from  Accenture, plus support from National Highways (formerly Highways England) and the College of Policing.

It also included a ‘virtual exhibition’ space for attendees to engage and network online with key roads policing partners and suppliers.