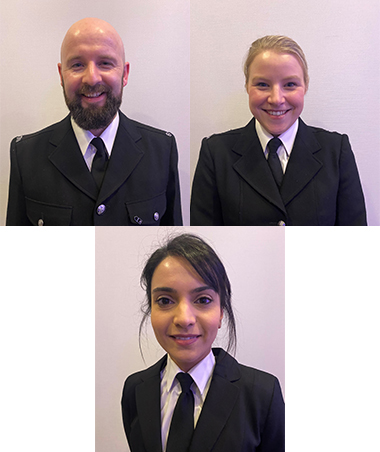 PCs David Icke, Emily Chapman and Nazia Hussain saved the lives of a terrified woman and her three children by detaining an extremely abusive and violent husband. The three officers suffered severe injuries during the incident. On arriving at the scene around midnight they heard horrifying high-pitched screams, which they realised were from children. The officers smashed their way in using a neighbour’s hammer and found the offender punching his wife. He turned on the officers who deployed PAVA and Taser, to little effect. Finally, they managed to bundle him to the ground. The man later received a 16-year sentence, and it transpired he been planning to murder his wife by drowning her in the bath.