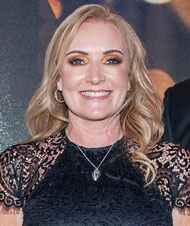 PC Tracy Cook courageously fought off thieving thugs threatening to stab her and throw ammonia in her face after she tackled them off-duty. She was on a well-earned summer day off with her two small children when she was attacked by the three hooded men in a Newcastle alleyway, just moments after she stopped them stealing a motorbike. One began punching and kicking at her to get the bike back. PC Cook refused to let go and called for help. Residents came to assist her, causing the youths to flee. When back up arrived, they arrested the thugs, including the man who assaulted PC Cook.

Northumbria's Federation Chair Jim Gray said: "Going above and beyond is a phrase that's used often, but it's entirely applicable in this instance."