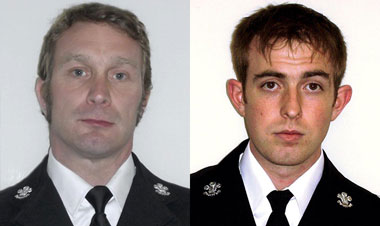 PCs Richard Shea and Matt Reynolds, who retired in June after 30 years’ service, have been presented with their Force’s Fletcher Award for Bravery. They tackled an armed man who had forced his way into the home of a woman he had earlier allegedly sexually assaulted. Multiple calls to the police suggested the offender was armed with a gun. PC Shea saw a plastic barrel protrude from a doorway. He told him to show his hands, but the man ran back inside. PC Reynolds discharged his Taser, but it was ineffective. PC Shea helped keep the door open and was able to discharge his Taser in the direction of the man, causing him to slump behind the door. A large kitchen knife was then found next to him.

PS Tash Doran-Jones, said afterwards: “Their bravery, decision-making and threat assessment on the night not only prevented the female victim and members of the public from being hurt but also avoided harm to the subject.”