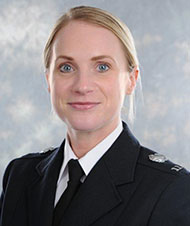 PC Katie Swann and PC Marley-Jay Symonds detained a pair of violent offenders wanted for threatening murder and blackmail. They went to the address of the offender’s mother where they found him, and another wanted suspect. Seeing the officers arrive, the pair become very aggressive and started to resist attempts to detain them. PC Symonds was punched by one and had to use PAVA to get him under control. PC Swann deployed Taser on the other, but it needed the help of further colleagues to finally get him subdued.

Norfolk Police Federation Secretary Sam Hawkins said the officers had to demonstrate real teamwork to get these “big burly violent offenders” under control.