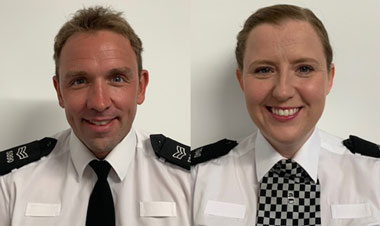 Officers risked their own lives to save young woman

PCs Liz Cargill and Mark Wilson risked their personal safety to stop a young woman during a life-threatening situation. They had earlier located two young women and a man near a four-storey building in Liverpool. One of the women was hysterical and rather than accepting help, the woman began to struggle, putting the whole group at risk. With the help of Merseyside Fire and Rescue Service, the officers managed to get the woman under control and helped escort her towards safety.

Merseyside Police Federation Chair Tony Fairclough said the officers went “above and beyond” to get the woman to safety. “It once again shows how police officers do much more than fight crime. We are extremely proud of them.”