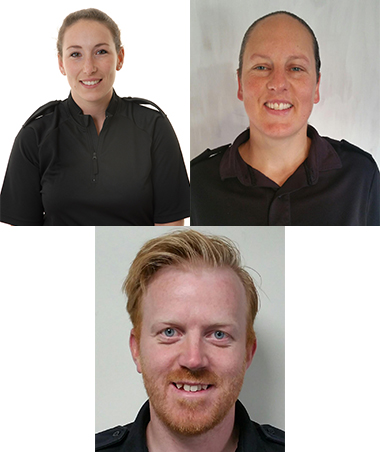 PC Sarah Luker, PC Natalie Eyers and PC William Robson tackled a man who went on a terrifying rampage through Boston town centre carrying a huge 10-inch long ‘agricultural’ style machete. After the trio confronted the man, he ran onto a dual carriageway, causing traffic to swerve and come to a halt. He then turned his attention to a car containing a woman and her children. Officers discharged their Tasers on him, but he continued to slash away at PC Luker’s legs. She and PCs Eyers and Robson managed to jump on the man, wrenching the machete out of his grasp. They had to deploy PAVA and leg restraints to get the man entirely under control.

Lincolnshire Police Federation Chair Phil Clark said: “This was an amazing act of bravery by the officers who, incredibly, were uninjured, putting themselves in harm’s way to protect the public in the finest traditions of the service.”