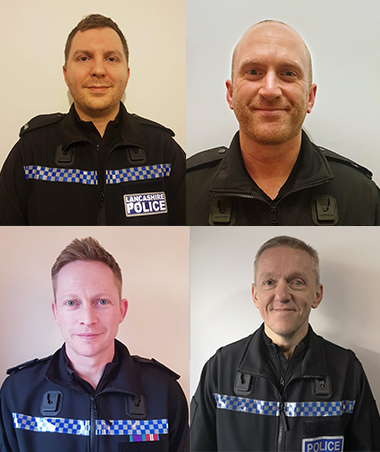 PCs Stuart Garnett, Joshua Hegarty, Lee Richards and Sgt Andrew Gore detained a violent domestic abuser despite having ammonia thrown at their faces. They found a house in darkness and forced entry. The offender appeared at the top of the stairs and threw the hazardous substance. This left Sgt Gore with severe injuries and the others having trouble breathing and in pain, meaning they had to leave for a brief respite. However, determined to get the offender in custody, the officers bravely went back into the property and then pursued the offender through several residential gardens before wrestling him to the ground.