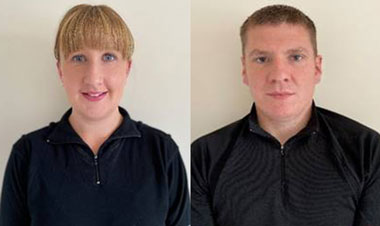 Husband and wife, PCs Jack and Joanna Wilber, went to the aid of a woman outside their home who was being attacked by a gang of youths. During the melee Jack was stabbed twice with what was either a screwdriver or a knife, receiving deep wounds and a broken rib. He managed to detain one of the youths, but the others attacked Joanna, who was pregnant. All the suspects were arrested, and Jack and Joanna received hospital treatment but thankfully were discharged a short time afterwards.

Greater Manchester Police Federation Chair Stu Berry said: “This incident really proves that GMP officers are never off duty. Jack and Joanna realised that this woman was clearly in trouble and in the best traditions of policing ran towards the danger to protect her.”