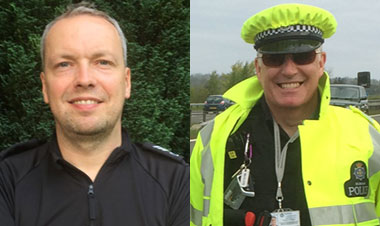 Three Durham Constabulary officers disarmed a gunman firing at them in a bid to end his life by ‘suicide by cop’. Authorised firearm officers Sgt Simon Hogg, PC Paul Cowling – who has since retired, and a third PC we are unable to name – showed incredible courage to bring the incident to a peaceful conclusion. All three said it was the most dangerous job they have encountered in policing.

Durham Police Federation Chair Andy Jackson said the officers’ professionalism and incredible bravery was the only reason the situation ended without tragedy. “These officers came under repeated fire from this gunman. They very easily could have been at the very least seriously injured,” he added.