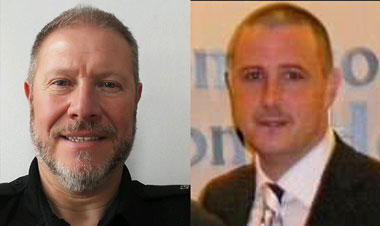 Brave cops save girls from drowning

PC Colin Dunne and PC Alun Masters responded to calls that children had been seen clinging to the rocks near a disused lighthouse. A lifeline was thrown out to the two 12-year-old girls, but they refused to take it as they were terrified of slipping off the rocks and back into the rough sea below them. The officers knew they had to act fast to prevent a tragic incident and decided to dive into the water to get the girls to safety.

Cumbria Police Federation Chair Paul Williams said: “Police officers are much more than crime fighters and this incident once again showed our bobbies at their best.”