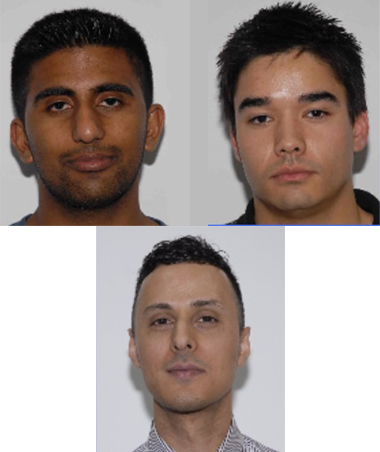 Three Cleveland Police officers risked their safety to stop a man intent on setting himself on fire. PC Shahid Ahmed, PC Surfraz Hussain and PC Andrew Yau, were attending a recruitment session at Teeside University when they courageously ran towards the danger. The man was holding a lighter, there was a petrol canister on the ground next to him and he had obviously doused himself in the fuel. They managed to communicate effectively with the man, eventually detaining him so he could receive all the medical care he needed.

Cleveland Police Federation Chair Glen Teeley said the officers had shown real professionalism particularly considering they had no PPE kit on them.