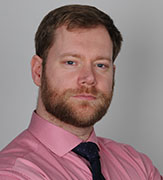 DC Reeve was off-duty when he became aware of a commotion in the street. A robbery was taking place with several men on mopeds attacking another man and trying to steal his moped.

With no thought for his own safety DC Reeve came to the defence of the man having his moped stolen. Being a police officer DC Reeve was aware of the pandemic in London that summer involving mopeds and knew the risks of intervening.

In a fast-paced situation, DC Reeve put himself in danger by physically separating the victim from the suspects, causing several of the suspects to try to flee – some on mopeds.

Having protected the victim, DC Reeve tried to detain one of the suspects by grabbing him in a bear hug - before he could ride off.  He fell to the ground as another suspect pulled out a large kitchen knife and tried to strike DC Reeve’s chest, but the officer deflected it by kicking the man’s chest. This stopped the knife from stabbing the officer’s chest but instead it plunged into his leg. The suspects fled, so DC Reeve checked the victim over for injuries before allowing the crowd of onlookers to help him.

When local officers arrived on the scene, DC Reeve had applied a bandage to his own leg and was calm enough to give the attending officer clear updates about his injury and what had happened, despite losing a considerable amount of blood.