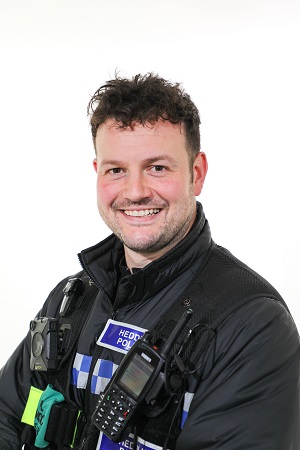 A South Wales Police officer, who risked his life trying to save a couple from a river bed during a raging storm, has been nominated for the National Police Bravery Awards 2022.

PC Nathan Davies responded to an emergency call just after 10pm on 12 August 2020 when reports came in of a woman screaming for help in the River Clydach in Swansea.

The Met Office had issued weather warnings for flooding and thunderstorms that day and when PC Davies and his colleague arrived at the scene in a wooded location it was pitch black and treacherous underfoot due to the time of night and storms.

Two individuals were spotted 30ft below the riverbank in the middle of the river. One was unresponsive and the other was badly injured.

Despite the obvious danger, PC Davies, who is a trained public order medic, took the decision to make his way down onto the river bed and, in doing so, he knocked himself unconscious.

After regaining consciousness, on his hands and knees, he made his way to the two casualties.

PC Davies started CPR on one of them and, after around 10 minutes, other officers started to reach the scene.

The fire service arrived and used a defibrillator on one of the injured people while PC Davies continued to work on their airway.

PC Davies became increasingly aware of his own injuries and was in significant pain in his back, right hip and knee. When paramedics arrived, he was unable to stand unaided.

After triage at the scene by paramedics, it became clear the officer could not get out of the river unaided and he had to be winched from the river bed by the fire service.

He spent the night in Morriston Hospital with concussion and soft tissue damage to his knee, thigh, hip and back and was off work for 17 days recuperating.

He said:  “PC Nathan Davies showed incredible courage that night in some of the most challenging circumstances imaginable.

“Bodycam footage captured that night by PC McCourt helps visualise the scene that confronted PC Davies and his colleagues that night.

“But without a second’s hesitation or concern for his own safety he went to the assistance of a badly injured couple and did everything he could to help despite being knocked out and injured himself.

“It is telling that he only started to realise the severity of his own injuries when colleagues and other emergency services teams arrived at the scene to assist.

“This is yet another example of a police officer willing to risk his own life to save others and PC Davies deserved to be recognised for the incredible courage he displayed that night.”