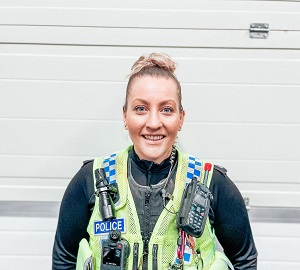 A North Yorkshire officer has been nominated for the National Police Bravery Awards, after she risked her own life to rescue both her colleague and a member of the public from a river.

PC Claire Viney and a colleague were called to reports of a woman in a river in York. The officers immediately rushed to her aid and attempted to pull the woman out. In doing so, PC Viney’s colleague slipped into the river and became submerged in the icy water.

Disregarding her own safety, PC Viney climbed down the riverbank and braced herself in a submerged tree to pull her colleague to shore, whilst also trying to save the life of the woman who had initially entered the water.

Using effective communication, PC Viney managed to radio for more officers to attend the scene, as well as fire and rescue who helped pull everyone to safety.