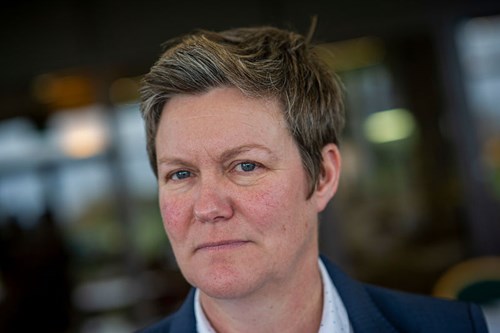 “23 years ago, I was on £18,000 as a police officer, and that’s what officers are joining on now. They’ve seriously got to look at the wages for police officers.”

Dorset Police Federation Chair Anna Harvey wants the new Government, whichever party is in power following December’s general election, to get police pay back to where it should be.

Speaking at the PFEW’s 100-year conference, she said; “23 years ago I was on £18,000 as a police officer, and that’s what officers are joining on now. That’s not the right wage.

“They’ve seriously got to look at the wages for police officers. I know people will say actually a top rate police officer, police constable is earning £40,000, but then when you take away the allowance and their pension contributions and the tax and national insurance it’s a lot lower than that.”

Anna also wants to see the much-discussed police covenant in place after plans for it were announced by former Home Secretary Sajid Javid at the PFEW Police Bravery Awards.

“I think a police covenant is really vital to make sure that officers are protected, not only when they’re in serving as a police officer but also when they’re retired, the support with mental health issues and physical issues, because it is a postcode lottery, and there are officers being injured, and they’re not getting the support or treatment they need, and that’s not right,” she said.

“The Government - whichever party has the majority - has got to recognise the dedication that officers give to the country and the public to keep them safe.”

Anna said the PFEW 100 year-celebrations, held in London were an important way to recognise the work of the Federation, locally and nationally.

“It was fantastic to be there,” she said.

“It’s vital that we recognise the good work that is not only done at a national level but also at a local level with our work-based Reps that are not only working as police officers but supporting our members.

“Again, this is something that we’ve evolved as a Federation, and I’m quite sure in the next 100 years we’ll evolve and adapt to whatever the challenges are going to be there for our members.”