Officer numbers increase by 65 in a year

Derbyshire Police recruited 65 new officers in the 12 months to March 2022, according to figures from the Home Office.

The newly-released data shows the Force had 1,947 officers on 31 March this year compared with 1,913 on the same date the year before.

The 3.5 per cent increase is slightly lower than the national figure of 4 per cent which equates to 4,927 extra officers and brings the total number of serving officers across England and Wales to 140,228.

Home Office officials said the latest figures revealed the second highest number of recruits in a year since records began, just behind the year ending March 2020 when there were 12,883 new officers. 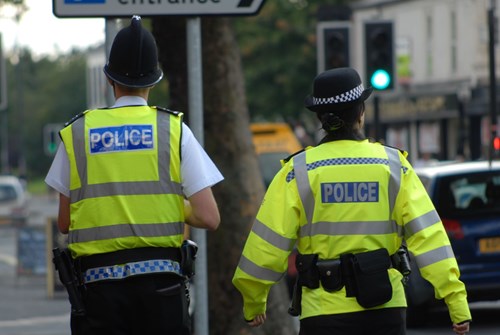 The recruitment drive is part of the  Government’s Police Uplift Programme which aims to bring in 20,000 new officers by next March.

He said: “We cannot provide the service the public of Derbyshire needs and deserves unless policing is properly resourced so we are pleased that the number of officers serving the county continues to rise.

“Of course, the headcount even after the uplift will be lower than it was 10 years ago but we welcome the fact that we once again appear to be heading in the right direction.”

Tony is calling for a greater focus on officer retention including better pay and conditions, training and wellbeing support.

He said: “The data I saw showed about one in ten new recruits left Derbyshire Police during their probation period last year.

“Derbyshire Police Federation continues to encourage the Force to focus on ensuring that as many new recruits as possible stick with the job, hopefully for the whole of their careers.

“It’s as vital as ever that we choose the right individuals to become police officers, in the right numbers at the right time, train and equip them properly, and look after them throughout their service.  It’s also crucial that experienced officers are kept in service as the knowledge and expertise they hold is so important in developing new officers and keeping the public safe.”

Tony added: “It’s not just about getting people through the door. Retention is as vital as recruitment, otherwise the uplift programme falls down.

“We need to ensure we’re doing all we can to retain our new recruits, and our more experienced officers as well.”