The stigma around mental health is starting to fall away, says Federation Chair 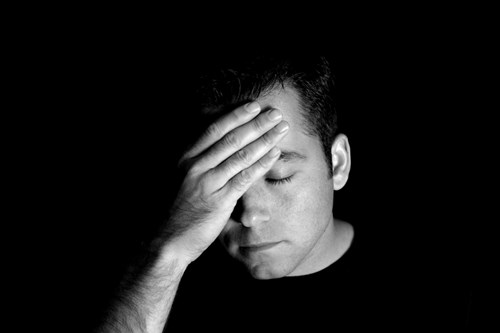 Devon and Cornwall Police Federation has highlighted how police officers are dealing with trauma and conflict all the time - as worrying new figures show the impact policing is having on officers’ mental health across the country.

Official stats have revealed nearly 10,000 officers in England and Wales had to take time away from the frontline to deal with stress, anxiety and PTSD in the past year.

In Devon and Cornwall, 237 officers reported mental health symptoms, forcing them away from their duties over the past financial year.

Thankfully the stigma around talking about mental health in policing is starting to fall away, Devon and Cornwall Police Federation Chairman Andy Berry said.

It’s a positive out of what otherwise makes for grim reading.

“Mental health, PTSD, all these things are areas of medical health which we are starting to understand better,” he said.

“I do not doubt that people have gone through their policing careers and have come out the other end broken because they didn’t understand what was wrong with them, and neither did the doctors. There’s been a sea change in terms of the understanding of mental health conditions and PTSD particularly.

“That is really relevant to police officers and the drip, drip, drip effect of dealing with trauma over a long period. I don’t think it’s always about the big incident, but often it’s just going from hanging to hanging, to child death, to horrific road traffic collision.

“Those things scar the officers over time,” Andy added.

“So in terms of 237 officers, I think it’s actually a positive thing that they are coming forward because for too many years it’s been considered a sign of weakness to say that you’ve been affected by this stuff.”

As the figures would suggest, there is much more to do, and Andy knows how important the role of the Federation is in providing all-important support to officers.

“Our force is pretty good compared to many, and it recognises the impact of mental health.

“It’s invested into some psychological report surveys, to mental health peers, and that’s only right that police officers and police staff are the organisation’s biggest commitment; it needs to look after them.”

The demands placed on the modern officer mean they are likely to be exposed to more trauma as they can’t get any respite away from having to deal with those sorts of jobs.

That level of intensity can lead to burnout and poor mental health, Andy said.

“Policing isn’t going to change, and those things are going to happen, absolutely.

“But it’s now about trying to syphon out some of the work which historically would have provided a bit of a break from the traumatic stuff.

“A lot of non-urgent police work is done over the telephone, so it means that a lot of officers are now literally just doing the high octane stuff all the time,” Andy explained.

“It concerns me that our frontline cops are going to burnout perhaps quicker than historically they did because they’re dealing with trauma and conflict all the time.

“It makes it even more critical that there is the Police Federation there, both to make sure that forces step up to the mark and look after the staff is as their duty to do, to ensure that the work that they’re asking to do doesn’t break them.

“And there is value in a local Federation Rep just sitting down and talking to one of their colleagues, our members, and just being that ear to listen to their issues and to help them through.

“So I think evermore our role has become crucial to the wellness of the organisation.”