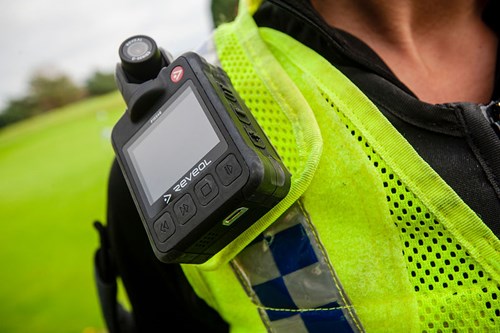 Several incidents across the country where things have clearly been mispresented have ended up being posted online when a full view of the footage or seeing it from a different perspective would show them in a more accurate light.

The trend in uploading videos which don’t show the full story behind arrests and stops has prompted Home Secretary Priti Patel to urge forces to publish footage wherever possible to redress the balance.

She has written to the NPCC saying not doing so is undermining trust in policing.

Devon and Cornwall Police were late adopters of the body-worn video footage tech, Federation Chairman Andy Berry said, but its value has been proved out on the frontline.

He’s now backing calls for more footage to be released.

“As a Federation, we really pushed the force to get a move on with the issue of body-worn cameras to officers.

“It was something which was taking an excessive amount of time, going through the usual slow process of committees. With our pressure, they rose to the challenge and did get the body-worn video cameras rolled out much quicker than it probably was going to be done.

“So we’re great supporters of body-worn video; it become ridiculous that officers were the only people dealing with an incident who aren’t recording it on some kind of media,” he said.

“It’s shown real value both in gathering evidence but also in undermining allegations of poor behaviour made against police officers.

“Where it comes to a situation that a member of the public decides to post a video which might be edited or only started after a certain point, or taken from a certain angle which shows or misrepresents what’s taken place, then it is right for us to counter that with the recordings that we have,” Andy added.

“The world’s changed out there, and we need to be able to respond to the public and to the way public opinion is formed, quickly.

“I appreciate that sometimes considerations of evidence and considerations of compromising future trials needs to be considered, but I think as a principle it’s a potent tool to say to the public, ‘what you’re being told isn’t correct’.

“So I absolutely support that, and I would like to see that being done rather more than it is, in the future,” he said.

“It has to be timely as well doesn’t it because things shared on social media gather momentum so quickly, they’re like a snowball rolling down the hill. So we need to be at the top of our game and agile, and make those decisions.”

The support of Priti Patel on this and other policing matters is also much appreciated by policing Andy said, and it’s something he hopes can continue.

“The Home Secretary is ultimately our boss and so needs to be somebody who understands policing or is at least prepared to listen to the people who do understand policing and take on board the messages that they are being told,” he said.

“We do seem to have a Home Secretary at the moment who is prepared to listen to police leaders, whether that be the NPCC or our National Police Federation Chair, John Apter.

“It’s positive, and there’s nothing more disparaging for a national organisation such as the police to have the person at the top of the tree being negative about the police force.

“I hope that support continues and she continues to listen to the people who are closely involved in policing rather than armchair police officers typing stuff on social media.”