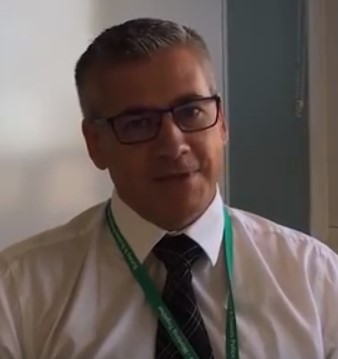 “When was the last time you were happy?”

“Have you experienced any traumatic incidents?”

Standard questions when you start counselling - especially with a tentative diagnosis of Post-Traumatic Stress Disorder (PTSD). But as DCI Richard Haycock thought back over the dozens and dozens of suicides, murders, accounts of sexual abuse and other incidents he had dealt with - and realised that he couldn’t remember the last time he had actually felt happy - the penny finally dropped: exposure to this level of trauma is not ‘normal’- even if something that police officers increasingly have to contend with.

“What you see takes its toll but it’s not just the incidents themselves, its everything that goes with it: the stress, the workload, IT problems all add up. On top of that you add other things. First, a culture, particularly if you want to progress through the ranks, where it feels like you can’t be seen to fail or to say ‘no’ and that you must be available 24/7 and constantly get results. You look around and no-one else seems to be struggling – no one talks about it. We don’t all sit around like some sort of support group: in-fact a lot of the time you are in competition with each other.

“Second, we have lost a lot of the mechanism and time to decompress. For all its faults, one thing that canteen culture allowed was for the ability to unwind and process what you had seen – just to sit with your mates and talk it through, a lot of this time and space has been lost.

“Third we have almost stopped reacting like human beings. I’m not saying we should all go around hugging each other all the time, but sometimes it could really help- but people are too scared to make physical contact.”

While Richard is grateful for the support he received once he hit crisis point, he remains concerned that there is little help available before that point, and that individuals won’t reach out to Chaplains, mental health advocates or other services if they don’t realise that something is wrong.

“All the time we are adding stresses and trauma- but we are not doing anything to take things away or make them better- so at some point you are going to exceed people’s capacity. The best analogy I can give is the fable about boiling the frog. The story goes that if you drop a frog into boiling water it will instantly jump out because it feels the heat. But if you put it in cold water and slowly heat it, it won’t realise and will boil to death. That was me- I was the frog. I barely noticed the water temperature going up and up, so I stayed where I was.”

Richard reached crisis point, but encourages colleagues to act before they get to that stage:

“Trust your gut feeling. If you think something isn’t right, it’s probably not, so stop talking yourself out of it! Listen to those close to you. They will see the change before you will. If the people closest to you are saying ‘I’m worried about you’ or ‘are you sure you are ok’ there is probably something wrong. For me it took 6-8 months from when my family started saying these things to the point where I actually admitted that it was more than just being tired – and that was only after I broke down.

“If you are constantly counting down to the end of your service like I was, ‘I’ve only got to endure three more years before I retire’ there is probably something wrong.

“And if you are short tempered, if you absolutely dread coming into work, if you are drinking too much or think everyone is out to get you, there is probably something wrong.”

“I get worried when I hear colleagues say ‘this is the case that keeps me awake at night’ or ‘I have to sit down after a late shift and have a few beers so that I’m really tired before I got to bed otherwise I can’t sleep’ or when I ask people what, outside the job, brings them joy and they say ‘I just do this’- that’s not “normal”, it’s not right. If you consistently work 60 hour weeks, you are constantly thinking about work, your other half is complaining about the amount of work you are doing at home, if you go to bed thinking about a case and it’s the first thing you think about the next morning – that’s not good - and we have to stop telling ourselves that it is.”

“Asking for help takes guts. Identify the person in your life who you trust and would reach out to in a crisis before you get to crisis point. Ask them to be that person for you. And, if nothing else, it means that you will always know you have a lifeline.”

“Being a police officer is a privilege- we talk about that a lot, and it is. But it’s also a huge sacrifice: families, time, mental and physical health, happiness. All these things suffer- and it’s got to be ok to ask for help to deal with that.”

“I felt so guilty. I was signed off sick and at times I felt ok, so I was guilty that I wasn’t at work. A friend nagged me until I agreed to play golf, just to get me out of the house– and it helped so much: being outside; getting some fresh air; walking in green spaces; giving me something to concentrate on. It was a huge relief. But I felt guilty because I was on a golf course when I was ‘sick’ – but it’s what I had to do. I doubt that sitting on the sofa all day, on their own, is going to make anyone better, in fact it may well make it worse. It’s got to be ok to exercise, take up a hobby and find some joy in your life while you are recovering, it’s got to be ok to do what feels right – its’ going to be different for everyone”

“Aside from golf, for me, dancing probably saved my life. I was part of a team and on those days I wanted to bury my head in the sand, it was still the thought of letting other people down that forced me to drag myself out of the house. It gave me normality – a life away from the job – and positive social and physical contact that you don’t get in a work environment.”

His final words of advice were simple:

“You need a contingency plan for dealing with the stresses of the job- and it can’t just be to keep trying harder. No two ways about it, that will break you. Know that there are far more people out there going through something similar than you would ever think. You are not alone. Help is out there. And there is a way out the other side.”