Blog: Belinda Goodwin on Hear 'Man Up', Think 'Man Down' 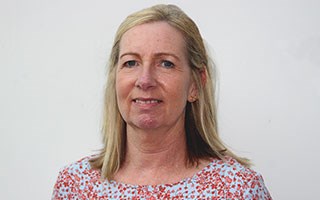 How many times have you heard a colleague say that?

We all know that colleagues will have our backs when it comes to physical safety – that heart stopping moment when a ‘Code Zero’ goes out is not quickly forgotten – but can the same honestly be said when it comes to our mental wellbeing?

Sometimes, between the banter, wanting to avoid looking ‘weak’ and the pressure to move onto the next job, mental health takes a back seat. We say we are “fine,” but know we are not. We accept it when a colleague says they are “fine,” even when we know they are not. And the consequences can be fatal.

The last official statistics suggest that every month, up to 2 police officers take their own lives. I hate to think that when these officers were at their most vulnerable and needed help, someone told them to “man up” – but we must accept that, in some cases, it may have happened.

That is why, this year, the Fed are launching a new campaign to help change the tone of the conversation on mental health and suicide - and make officers of all ranks realise that telling someone to “man up,” may lead to a man down.

As police officers we deal with trauma, danger and grief day in day out. We see the very worst of humanity, but are expected to leave it behind at the end of a shift and return to ‘normal’ life. The consequences of the current approach are clear.

One report last year estimated that 1 in 5 officers and police staff in the UK have symptoms consistent with either post traumatic stress disorder or what is known as “complex PTSD” – but two thirds of those suffering are unaware of their condition.

Another highlighted that 25% of those working for the emergency services had thought about taking their own lives- and 5% had attempted it.

There is still a stigma attached to mental illness in policing- and even more so to suicide: but we can all change that. I, for one, would rather have colleagues who know they can ask for help if they need it (and as soon as they need it) rather than bottling everything up until they can’t take anymore.

To make this happen we need – at every level - to provide colleagues with the right support, resources and treatment. I’m currently exploring the best examples from around the world of peer-to-peer mental health training and support, as well as apps and online resources which could help frontline officers.

Some forces are taking positive steps towards the mental health wellbeing of our officers too, but this is nowhere near enough and more needs to be done. Our officers are mandated to complete physical officer safety training every year in order to protect themselves and the members of public, but what about the neck up, and strengthening our mental health capacity the same way?

One of our own taking their own life is the part of mental health no-one quite knows how to deal with. That needs to change. We need to identify those at risk and offer unfailing support but, should the worst happen, forces need to act swiftly and effectively to help grieving colleagues. At the moment, the response is patchy at best. Its something that will be a key focus of the Fed’s wellbeing team this year.

In the meantime, the next time you hear (or are tempted to use) the phrase “man up”, think “man down!” and respond as you would to a physical injury. It might just save someone’s life.

Get more information, including links to organisations who can provide advice and support on wellbeing, relationships, debt, mental health and suicide here.