"As soon as I entered CID I could feel the pressures” 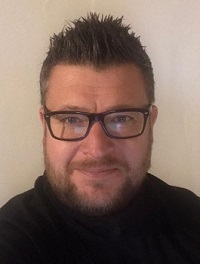 Danny Bolton spent 17 years as a DC with West Yorkshire Police until the stresses of the job sent his life spiralling downwards.

He was fast-tracked into the burglary and robbery squads in CID and quickly became very good at his job. He worked on some of the biggest cases his force dealt with including overseas.

But Danny admits: “As soon as I entered CID I could feel the pressures. It was long hours and targets we had to achieve. The reward for working hard was to go to the pub. That was my first experience of using crutches and other coping mechanisms.”

Danny progressed to the Organised Crime Unit and was involved in extremely complex and serious investigations. He worried about failure and not being able to secure prosecutions.

He started suffering panic attacks and was “spiralling into an addiction to alcohol”. Then he attended two gruesome murders which triggered Post Traumatic Stress Disorder (PTSD). “I’d seen dead bodies before but this time it smashed me,” he says.

“I started with the PTSD nightmares. My panic attacks became worse and would require a drink to calm me down.” Things came to a head when Danny was stopped for drink driving and had to resign as a police officer. He subsequently lost his marriage and home. His mental health suffered.

In 2020 he sought help and is now sober and getting his life back on track. Having been burned by the job he loved he is keen to help other officers to speak up and get support, not “suffer in silence”.

Remember, your workplace reps are there for you should you need support and guidance.

You can find out more about the Police Federation National Detectives’ Forum here.