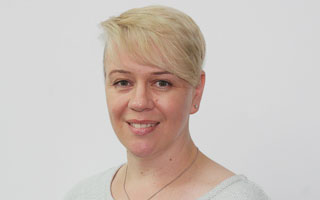 "We do so much that people just don’t know about"

Peggy Lamont, National Board member and Equality Lead, shares how she joined the Federation to help make the workplace more equal for all officers.

"I joined West Midlands Police in 2001 because I needed a job and my Dad was a police officer. I had a slight blip in my probation and read up on Police Regulations, so I understood what was going on. I saw them as my contract of employment.

"Because I’d read the regs I had a good understanding of what was about to happen, and I knew that the actions the force was trying to take weren’t right, so I successfully argued my case.

"After having children I changed to part-time hours, I was trying to get promoted but was told I wasn’t able to compete with full time officers. I went to one meeting with the Chief Superintendent and he said that he had been considering me for a high potential development scheme, but as I was of a certain age and would probably have a family soon, everything would change!

"About 10 years ago, having failed to get promoted, I was thinking about lateral moves I could make and became interested in becoming a Federation rep. I’d been interested in the Federation for a while and had experienced how knowledge of regs had helped me earlier in my career.

"I’d been interested for a while and had experienced how knowledge of regs had helped me earlier in my career. So I applied for a vacant women’s reserve space and joined the Federation.

"I am so proud to be involved with the Fed – we do so much that people just don’t know about. The organisation is invaluable and brings so much to people. During my time as a rep there are people that I believe would have committed suicide if it wasn’t for the equality work that we did. When you manage to change policy in an organisation, the difference it makes just can’t be measured.

"Forces and chiefs rely on us to do a job and when we have success it’s not about being adversarial. It’s about working together to make things better. It’s like being a critical friend.

"As a female officer, I feel like the Federation has given me so much. I probably would have left the police service if it wasn’t for the Fed and I’d urge anyone interested to become a rep."

Listen to Peggy tell her story.