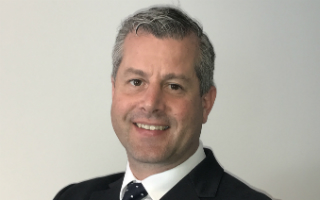 National Board member Dave Blundell joined the Met Police at 17

Dave Blundell is serving on the Police Federation’s National Board during the organisation’s centenary year. He talks about how he became a Rep and what it was like to police in London during the 1980s and 1990s.

"I’d wanted to be a policeman since I was about 13. My dad was a magistrate and would tell me stories about his work and sometimes I’d even get to sit in court and watch the proceedings. I saw that there are some bad people in the world and it would be an interesting job to catch them and protect people. A particularly vivid memory I have is seeing a Ford Capri 2.8i police car with pepper pot alloys. In it was a Greater Manchester cop with black hair and a black moustache, and he looked good in his liveried-up car. I thought - that’s what I want to do.

I applied to nine forces when I was 17. They all rejected me for being too young, apart from the Met, so I moved to London to become a police cadet in 1987 and a constable the following year. I was posted to Bexleyheath, then Peckham and Lewisham, where I loved working.

I’d grown up in a small town near Stockport, so living in London was brilliant. I was living at Hendon first, with the other cadets and loved the independence, and being a Tube ride away from Leicester Square and other places.

In those days we had a truncheon, handcuffs, a Storno 1 channel PR and we wore tunics. There was no body armour or CS spray, and we drove around in Austin Metro Pandas. The officer safety strategy tended to be ‘all pile in’ and we would act like a pack to bring down a larger animal. In the early 1990s there were a lot of drugs around, and a lot of people took steroids along with all sorts of other drugs. Some of the men of violence were enormous. However, no matter how big the man we were facing we would overcome him with superior numbers. Was I fearless? I probably was. We did physical training every day and were as fit as we could be. I was really only armed with the foolishness of youth, and it was a matter of pride for me, not to let a suspect get away.

We had large reliefs in those days, and there would be 20-30 officers parading at each station. That meant back-up was usually near and there was a huge spirit of camaraderie. The canteens were an important source of advice, updates and knowledge and a place to speak about anything that was bothering you. We’ve lost that nowadays and I think officers feel more isolated as a result.

I was promoted to sergeant in 1998 and inspector in 2004. In 2013, the Police Federation Inspector’s Rep on the command I was on decided to retire. This was a lady I admired and I was concerned about there being no-one to carry on the important work of standing up for us. So I asked my colleagues if they were happy for me to do it, and that was how I became a Federation Rep.

As an inspector, my teams were performing well, we were on top of crime and we’d received praise as a result. So I found senior officers listened to what I had to say. However, I also began to see that not all of my colleagues weren’t treated the same. Some found it harder to deliver, or had personal problems getting in the way and sometimes they were treated very badly. I could have watched them fall, done nothing and enjoyed my position – but I felt that would have made me less of a man. So I really wanted to fight their corner.

As a Federation Rep I’ve been privileged to represent and support colleagues in all sorts of matters such as misconduct, at medical appeal boards, with bullying issues, and shift pattern reviews, but I’ve also to advised my peers on how to treat some of their own members of staff fairly. I’ve also intervened to ensure people were not bullied out of the service. All of the things that are important to our members.

I’m not surprised the Federation has lasted 100 years. If PFEW did not exist, the working conditions of police officers would not be what they are today. Officers’ pay, the hours they work, how they are dealt with over misconduct, and how they are treated if they become injured or ill – the Federation has influenced all of these for the better. For someone to say “What has The Federation ever done for me?”, is a like saying, “What has the police ever done for me?”. The questions to be considered should be; What would policing become without it?"