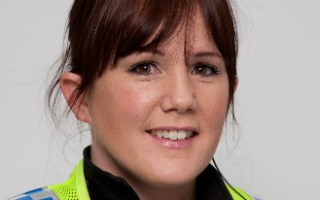 "I’ve enjoyed the first year and have not looked back”

PC Melanie Earnshaw was part of the Federation’s new intake of reps, who were elected in 2018.

It was the Gloucestershire officer’s actions in preventing a suicidal woman from setting fire to herself that started her on the path to becoming a Fed rep. Melanie was nominated for a Police Bravery Award in 2017 for her actions saving the woman. On the way home from the awards she got talking to a senior Federation Rep who encouraged her to think about get involved. The rest is history.

Melanie said: “I enjoy being a Fed rep for the same reasons I like policing: it’s the variety of the work and I’m interested in people’s lives and helping them. I feel that I’m able to empathise with colleagues and whatever they are going through.

“I’ve been helping colleagues with a range of queries, including professional standards interviews. I’ve also become a mental health wellbeing lead – there’s not nearly enough understanding around this issue and people still don’t feel comfortable to admit when they are struggling. I hope we can change that. I’m more than happy to speak to anyone on a member’s behalf.”

Melanie has a child of school age and recognises that family commitments can be a barrier for some female officers, but their presence is needed to ensure the Federation stays relevant to its members.

She added: “It is hard work and I regularly do work at home – if you have an understanding family like I do then that definitely helps. But forces usually allow time for us to do Federation work on duty. Being a rep it’s a great way to upskill and network, while also helping your colleagues. I’m so glad that I decided to do it. I’ve enjoyed the first year and have not looked back.”