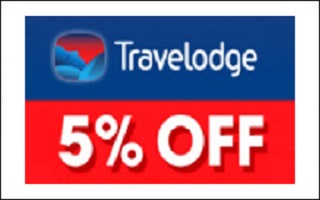 With over 560 hotels, across the UK, Ireland and Spain, we are right where you need to be. From Blackpool to Bournemouth and London to Leeds, our hotels offer amazing value, so why not book your next stay today?

In 1985, Travelodge became Britain’s first value hotel brand when it launched in the UK, opening its first hotel at Barton under Needwood in the heart of England. Since those early days, Travelodge has gone from strength to strength. It is now the UK’s largest independent hotel brand, with more than 560 hotels and 40,000 guest bedrooms, right across the UK as well as in Ireland and Spain.

You’ll find our hotels in the centre of major cities, including London, Edinburgh, Cardiff, Manchester, Birmingham, Belfast, Dublin, Barcelona, and Madrid; in most of Britain’s larger towns, as well as in the classic seaside locations and vital roadside stops.

More than 170 of our hotels have our on-site Bar Café restaurant, and almost all are located close to other restaurants and coffee shops, making Travelodge the ideal base for travel. We continue to expand, with 20 new hotels expected to open in 2018 and further locations identified for expansion.

How to get the offer

Members can redeem this offer by simply registering their details via this link.

Members will also receive up to a 20% discount on their birthday when registering their details as part of future offers for members. Members could also receive further hotel offers on the following Travelodge Hotels.

Travelodge Hotels in the West Midlands

Or choose a specific hotel from the below list